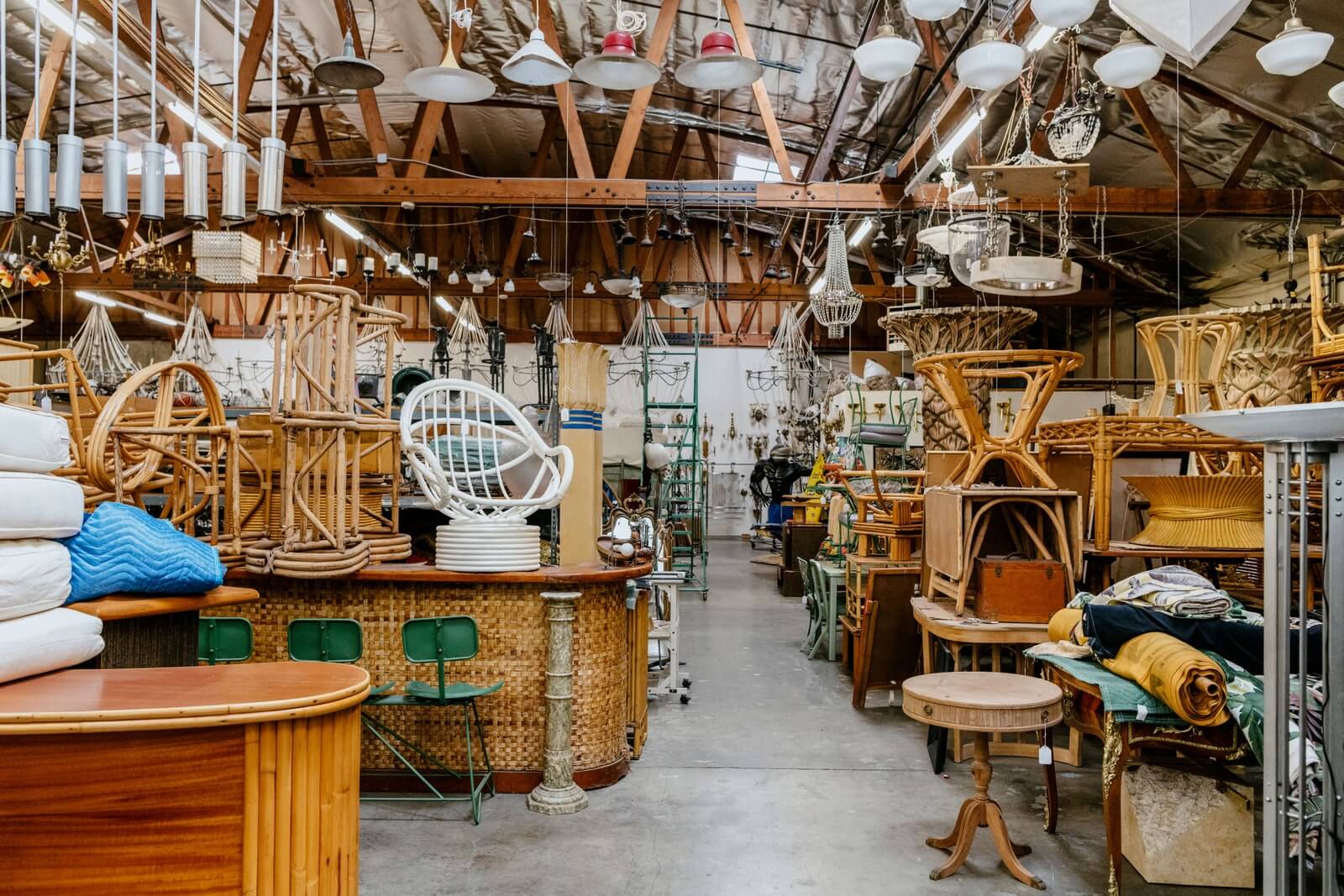 Former aerospace engineer, Harvey Schwartz, has become one of the top rattan dealers and designers in the world. The Los Angeles native has a love for shapes and working with his hands so it was only natural for him to fall into the furniture industry. He currently has three different businesses that exist under one roof, his primary venture being Tropical Sun Rattan, where for the past 45 years he’s been restoring, reproducing and reselling furnishings.

He purchased Tropical Sun Rattan in the mid 70’s and the business grew. In 1984 he was brought on to assist the set designers of the Golden Girls. “[Back then,] I was on Melrose, in a 4,000-square-foot shop. They gave me the fabric and I made the cushions and they put it in the show right from my storeroom.” 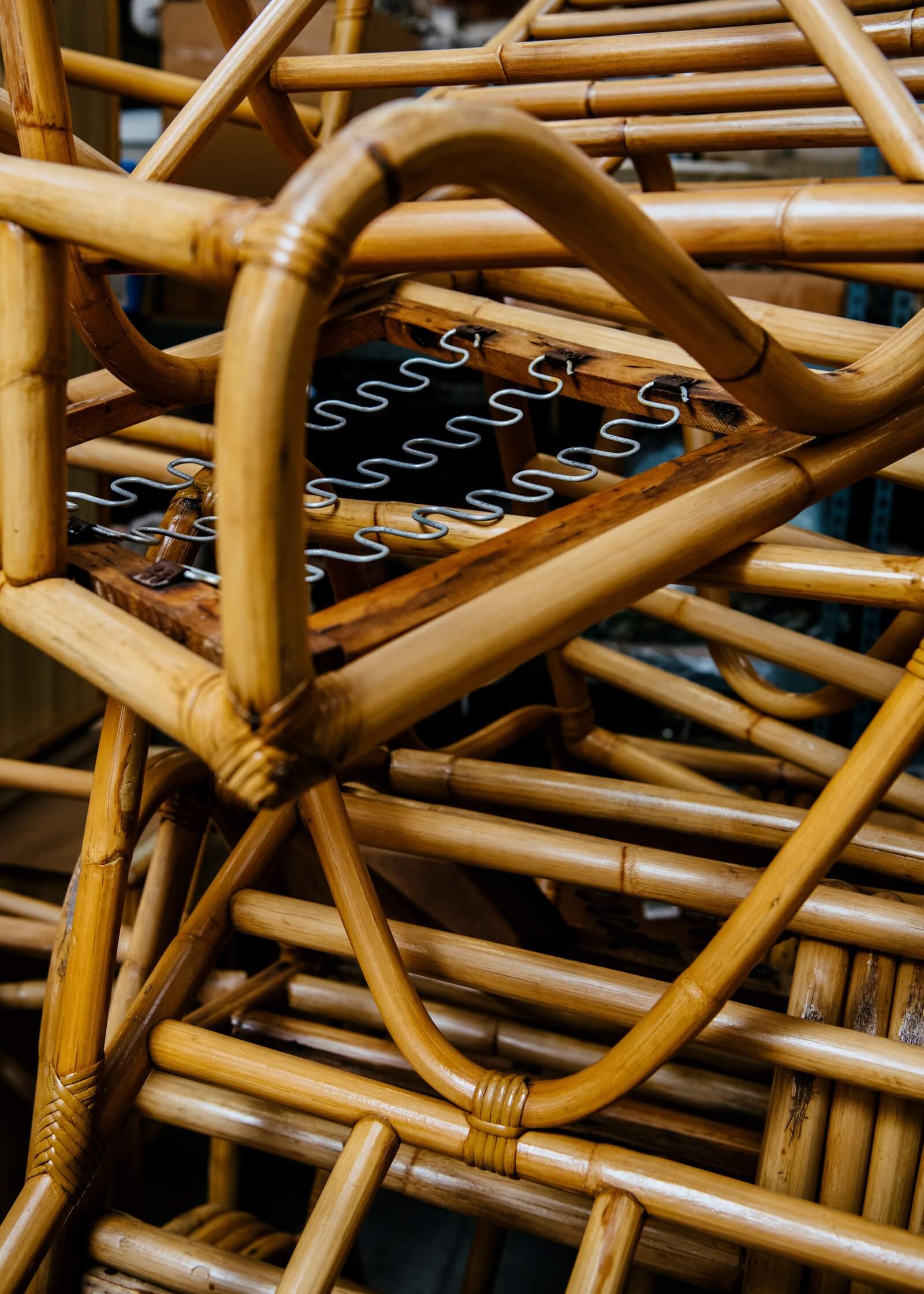 The rattan business has had its share of ups and downs. Of the many old rattan sellers that once dotted L.A., none have stood the test of time. But Schwartz’s Tropical Sun Rattan endures. In the aughts, as demand dwindled, Schwartz added props and other vintage furnishings to his repertoire, which he dubbed Hollywood Props and Harvey’s on Beverly, respectively. But lately, he’s returned to his true love. 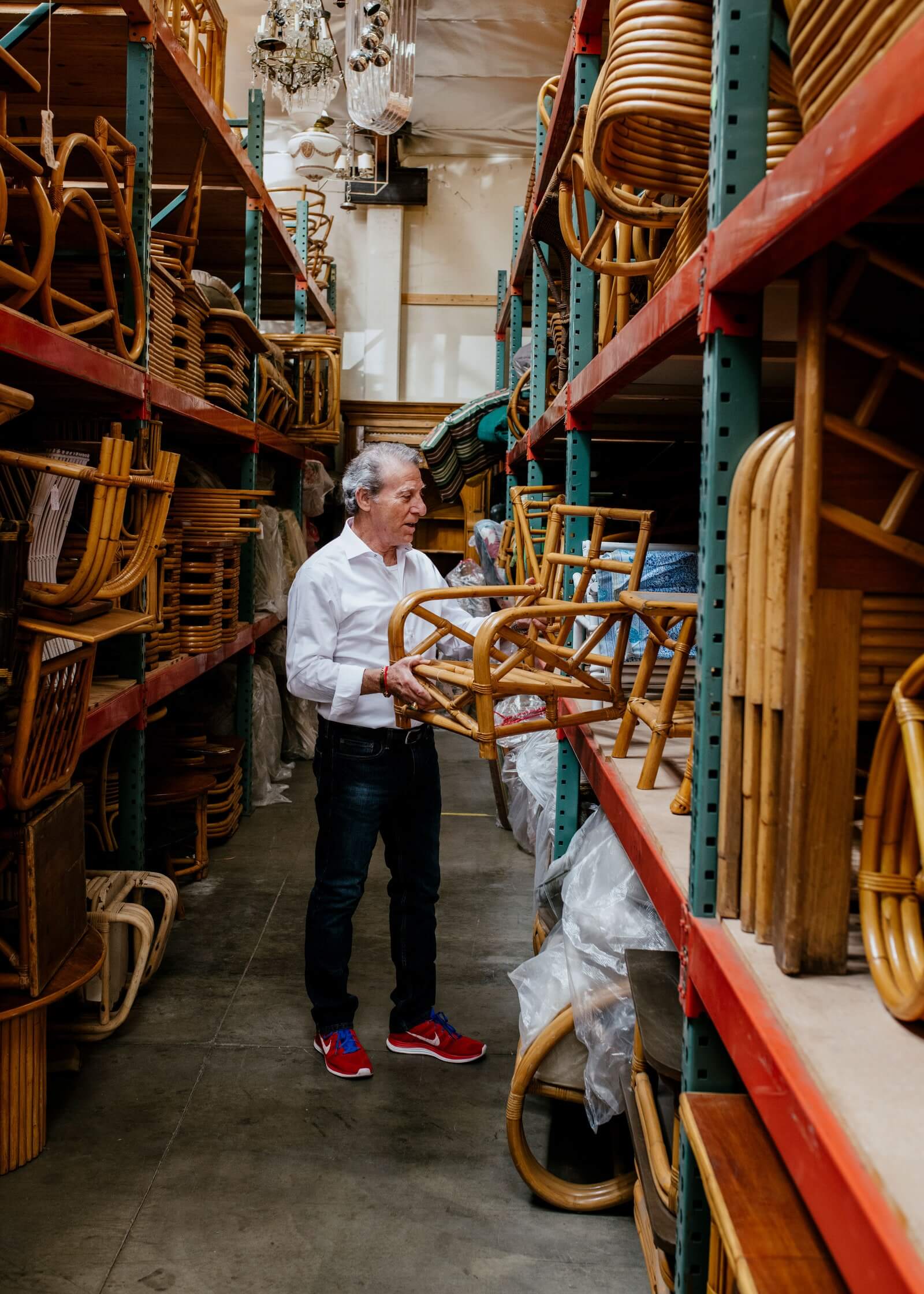 Schwartz in his Los Angeles warehouse. Photo by Brian Guido.

He’s no longer just selling it but designing and producing it with a Filipino factory, thanks to a resurgence in popularity of the material. For example, Chairish, the online vintage and antiques marketplace, saw demand for rattan jump 70% between 2017 and 2019. Similarly, listings for rattan products grew 60% in the same time period, according to the company. It’s a boon for businesses like Schwartz’s. “I reproduced the Golden Girls pieces just now,” he says. “And I’m getting phone calls from hotels and restaurants that want to use my designs.”

Check out other posts here!