via The New York Times

Penn Station’s expansion, Moynihan Train Hall, focused on upgrading the dingy, basement-like concourse into a light filled art exhibit. The new $1.6 billion train hall services customers of Amtrak and Long Island Rail Road. Through its massive, 92-foot-high skylight ceiling permanent installations by some of the most celebrated artists in the world reside for all commuters to witness.

Kehinde Wiley, Stan Douglas and the artist duo Elmgreen & Dragset have major pieces prominently displayed. Best of all, it’s only a short walk away from Blender Workspace! We’ll get into the beautiful architecture on display, but for now let’s focus on the artists. 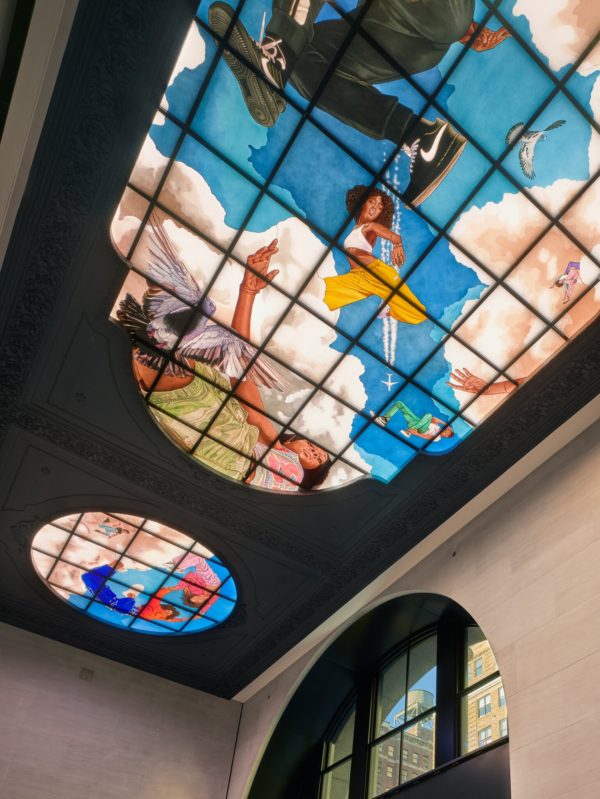 Mr. Wiley’s backlit, hand-painted, stained-glass work called “Go,” fills the ceiling of the 33rd Street entrance. It depicts break dancers who appear to float across a blue sky. The artist said he wanted to embrace the rarity of contemporary art on stained glass as well as “play with the language of ceiling frescoes” by using his installation to celebrate Black culture. 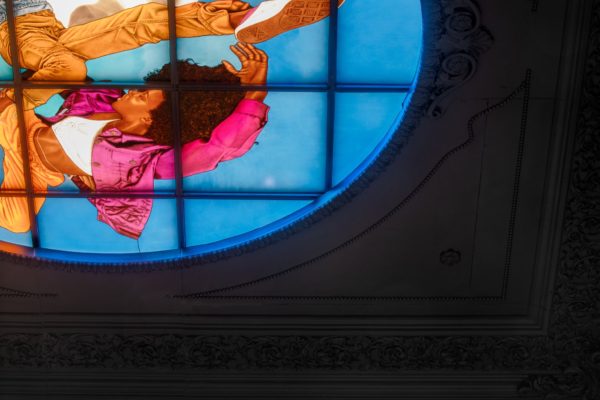 “The aesthetic of Black culture is the aesthetic of survival, of buoyancy and saliency and the ability to float in the midst of so much,” Mr. Wiley said, adding that he hoped the work would make commuters pause and smile. Additionally, Mr. Wiley toured the train hall taking note of decorative flourishes and metal work. The molding around the three panels was designed to coordinate with the metal around windows outside the building. 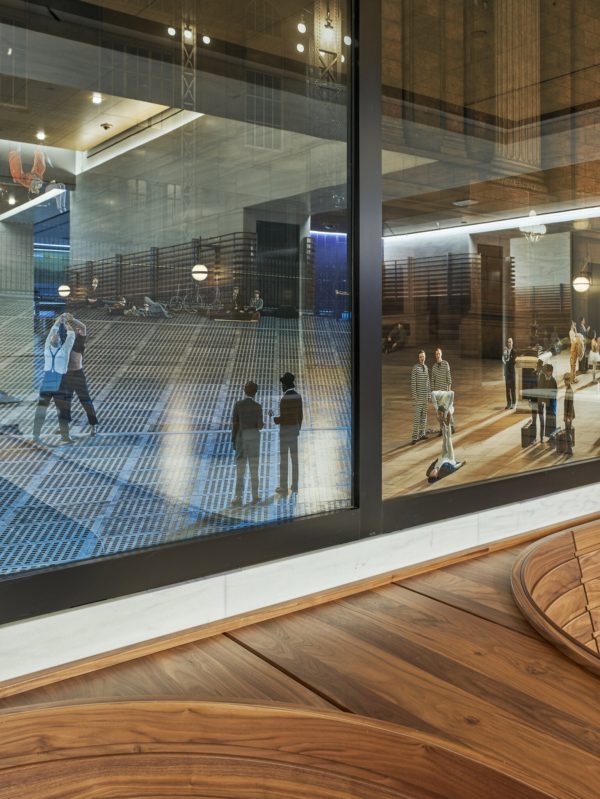 Enormous panels serve as the backdrop along a more than 80-foot wall of a waiting area for ticketed passengers. This Canadian artist most known for his  that connect local histories to broader social movements through reenactment photography. The series, “Penn Station’s Half Century,” is a homage to the original Penn Station, with Mr. Douglas drawing on archival research to recreate nine small but noteworthy moments that occurred there. 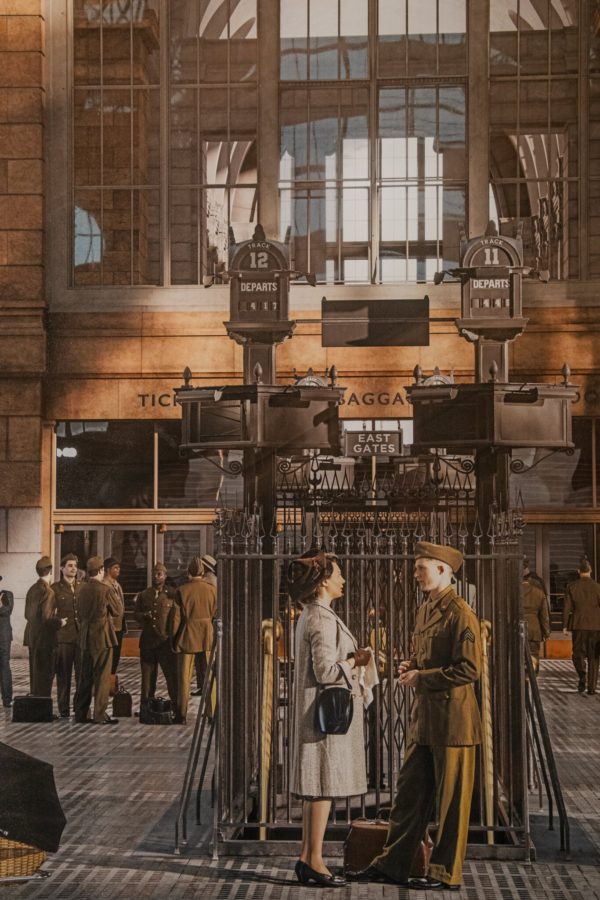 The pandemic created unforeseen challenges for Mr. Douglas’s work. All subjects wore masks until the photo and stood alone on their mark. The combination of photos were then spliced together. Which created the effect of group gatherings. 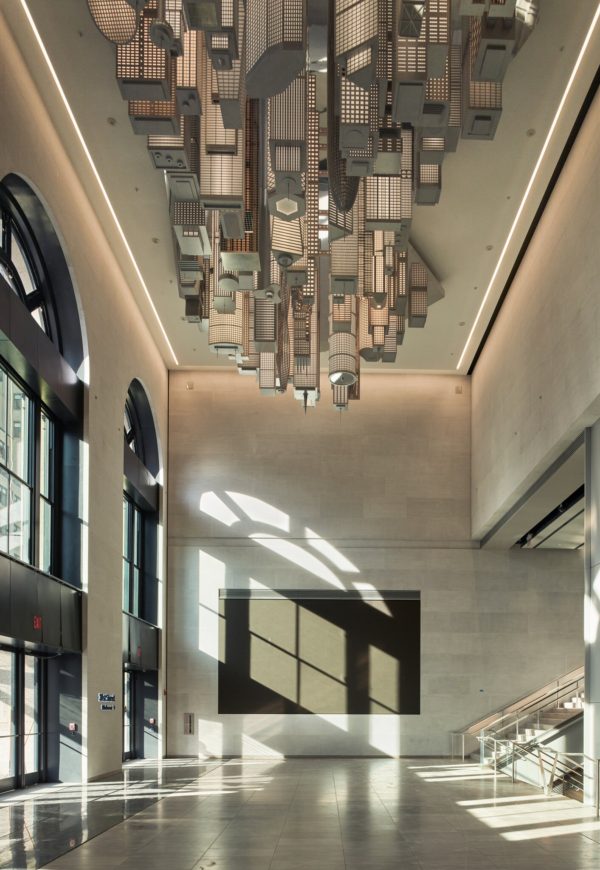 The final Berlin-based artists explore the relationship between art, architecture and design. “The Hive,” is a set of up to nine-foot-tall models of skyscrapers that hang upside down from the ceiling at the 31st Street entrance. The installation contains almost 100 buildings, offering a different view each visit. 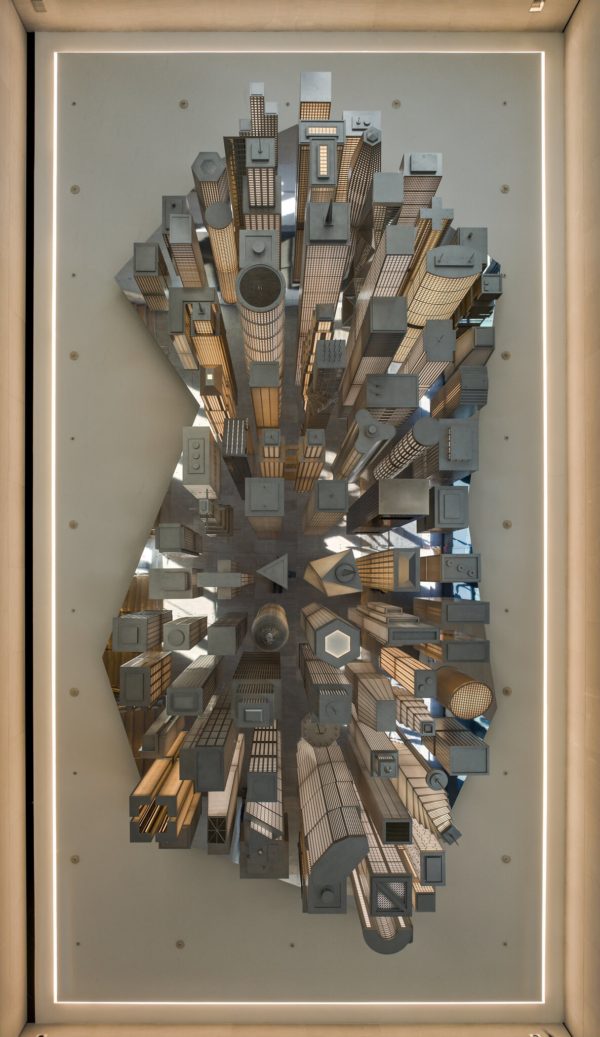 On the naming, the team said that they wanted to reflect how cities, with their richness of diversity, function because people accept certain rules for coexisting. “It’s about a huge collaboration in order to make everyone survive.”

The entire exhibit is open to the public and within walking distance of our 135 Madison Ave office. So on your next lunch break why not head to Moynihan Train Hall. This newly built, already iconic New York location.

Check out other posts here!