Conceptual artist Jenny Holzer has deployed a fleet of LED billboard trucks with the aim of encouraging voter participation. Over the past month, her Vote Your Future project has logged more than 200 hours of activations. Trucks, marquees, light projections and billboards lit up in states including Florida, Illinois, Michigan, Pennsylvania, Wisconsin, and Washington, DC. 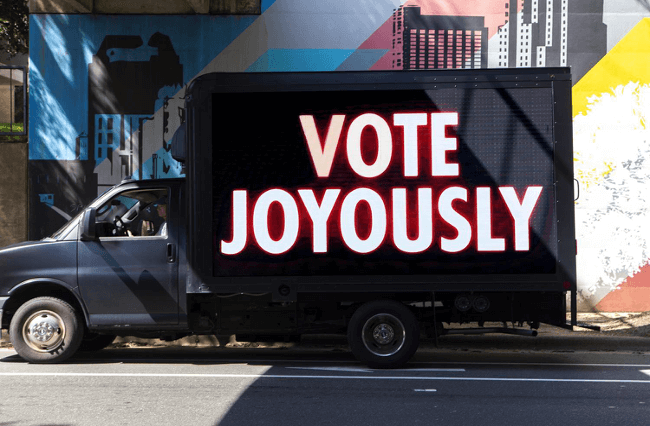 Chicago was not originally on the trucks’ route, but it was added since Holzer was working on a additional project commissioned by The University of Chicago. Vote Your Future has also involved students at the university—many of them voting for the first time in a presidential election. 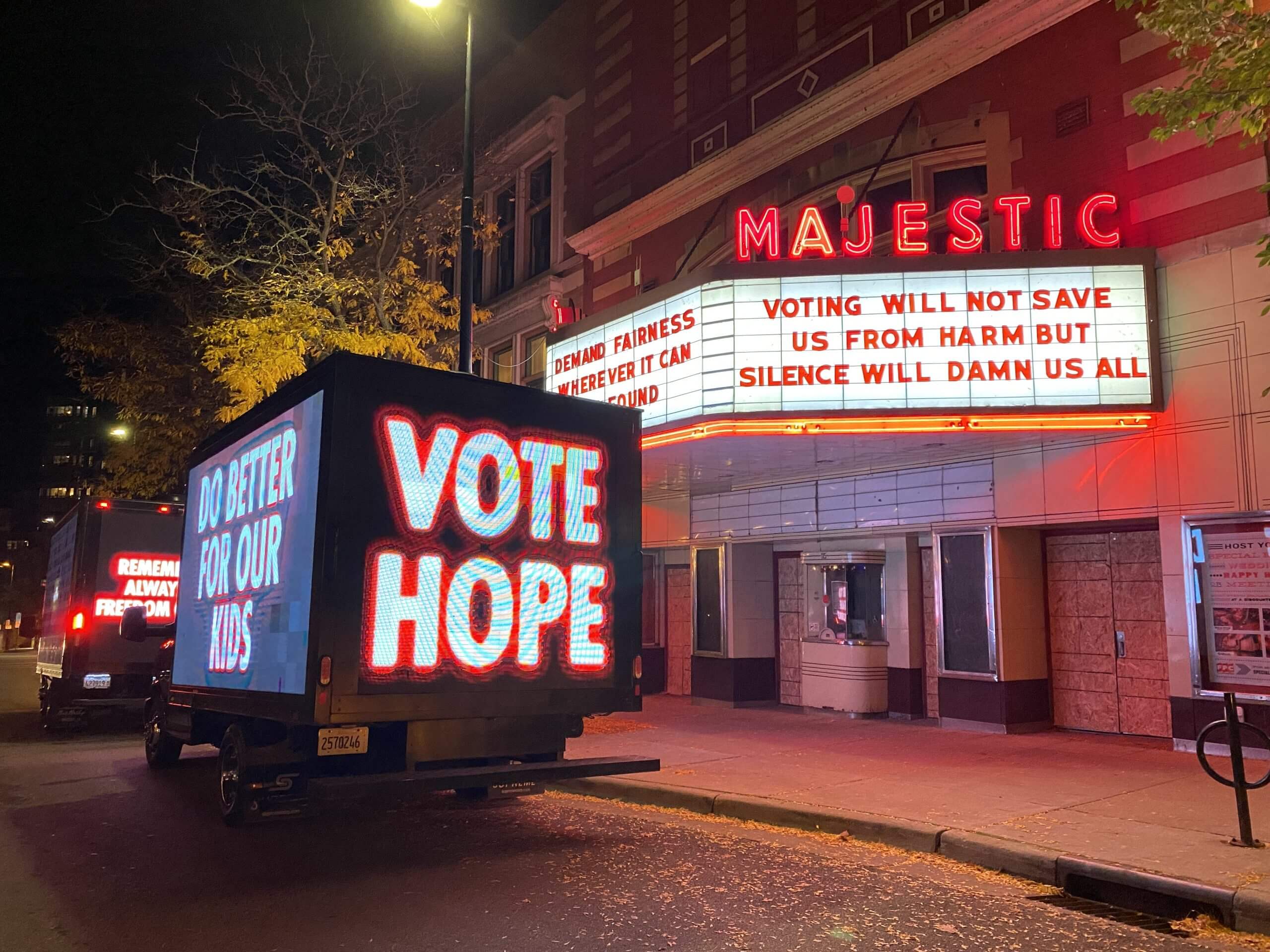 Christine Mehring, a professor of art history at the college oversaw both projects in Chicago. She says Holzer’s collaboration with the university came about after the artist—a former student there herself—was awarded its Jesse L. Rosenberger Medal for Outstanding Achievement in the Creative and Performing Arts last June. The university hoped to display one of Holzer’s pieces on campus. Holzer instead suggested creating a new piece involving student participation.

Chicago students wrote their own phrases

As a result, while Holzer has carefully selected the phrases and sequence that appear on the You Vote trucks across the country, in Chicago students wrote their own phrases, guided by one rule: to not be partisan. 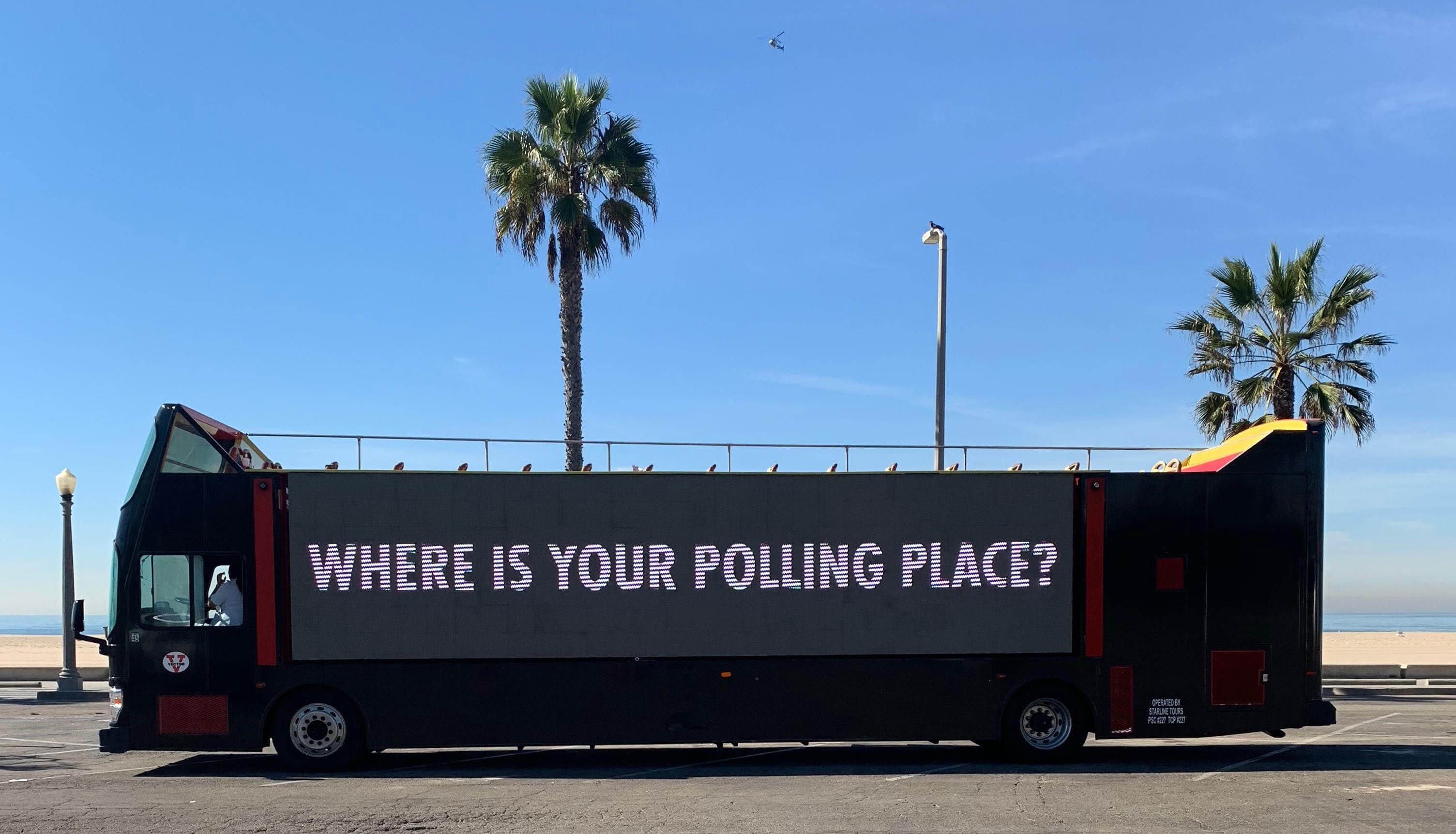 Some of the phrases were “Vote Until It is Accessible For All” and “Your Birthright Is My Life’s Desire”, written by Melia Allan and Roko Rumora. These and other submissions brought attention to the real fears some young voters have. “There are so many things that can invalidate a ballot,” Allan says. For her and Rumora, this project gave students a chance to express their concern over the various roadblocks they encounter. Especially, while trying to vote and gain citizenship.

In addition, creative writing major Anne Pritikin, who is also voting in her first presidential election, submitted “Happy?”, which she has found to be a useful prompt in general. With a large push for younger voter action, artists and communities are coming together to creatively solve the voter turnout issue.

Check out our other posts here.