Ricardo Bofill’s cement factory journey began in 1973 with the goal of crafting his dream home. An enormous compound of silos and buildings that covered nearly two and a half miles of underground tunnels. Eventually, he bought The World War I era structure and its grounds in Catalonia, Spain. In addition, he modified the original structure in order to create an all-inclusive live/work space. One that would unite the Surrealist, Abstract, and Brutalist elements found in its industrial form. 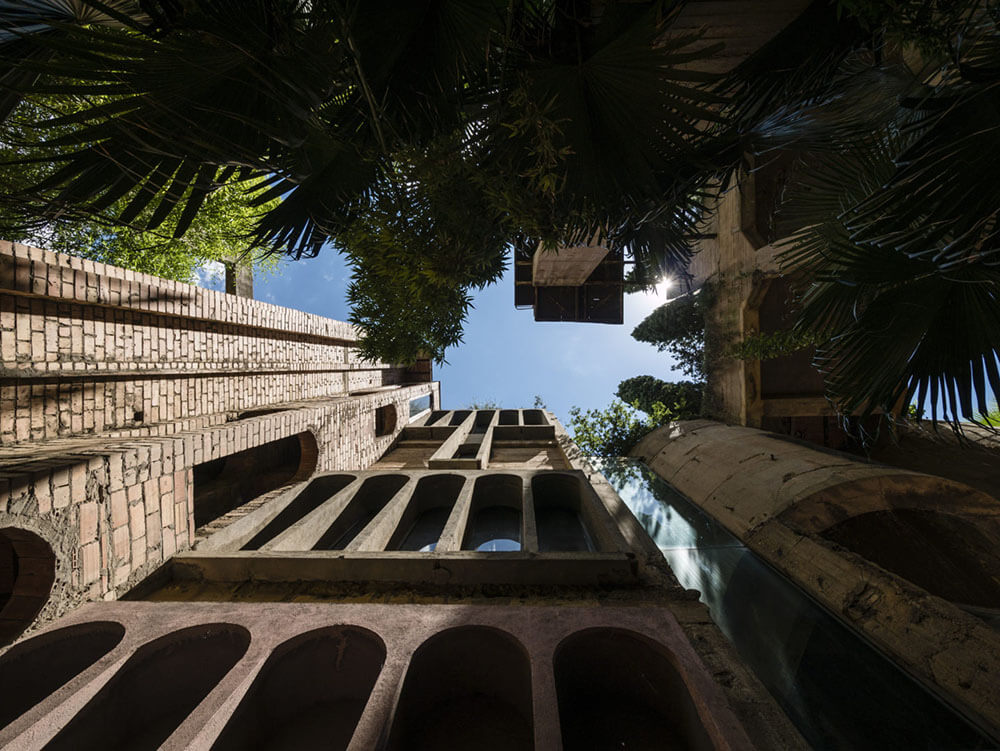 Consisting of such a wide range of structures, the first step to renovation required calculated demolition of certain elements with the use of jackhammers and dynamite. Approached as a sculpture, the goal was to uncover hidden rooms, create new relationships between the different parts of the building, and make inaccessible the dangerous or otherwise unusable parts, such as the cement-filled silos. Then began the immense task of landscaping with the goal of blurring the line between nature and building. 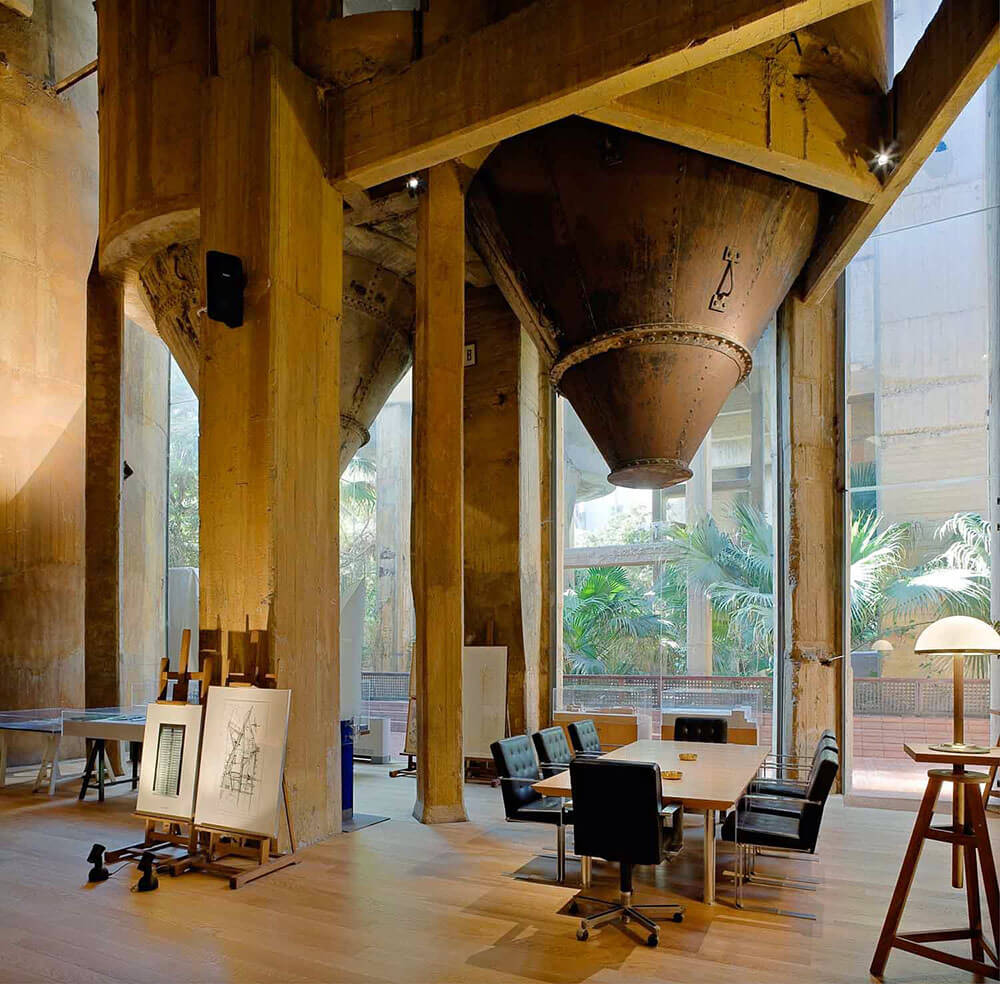 The total time frame of the construction was just over a year and half, however Bofill sees the project as never fully finished. The structure consists of a cathedral, workshop, studio, residence and a workspace for Bofill and his team. Bofill created his own sanctuary where he could live and work and be apart from the outside world while blending with the surrounding nature. 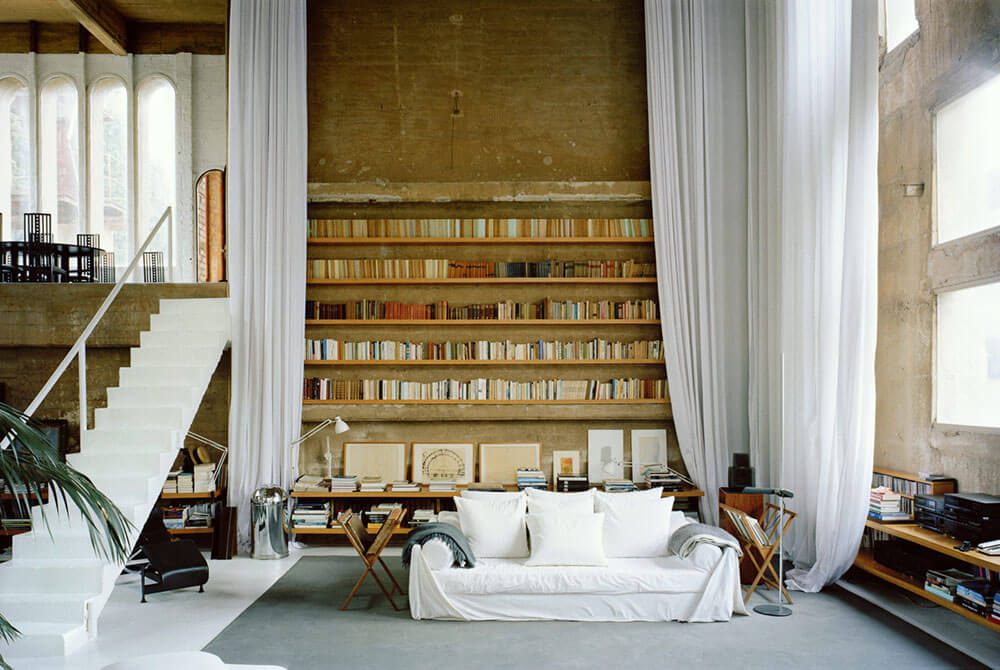 “I have the impression of living in a precinct, in a closed universe which protects me from the outside and everyday life,” said Bofill. “The Cement Factory is a place of work par excellence. Life goes on here in a continuous sequence, with very little difference between work and leisure.” 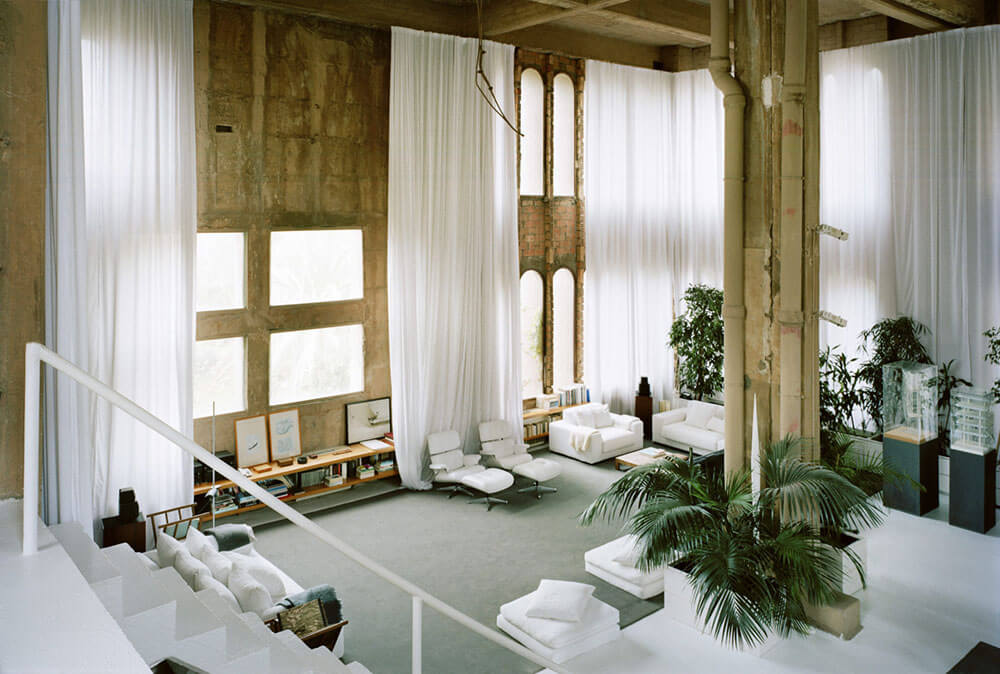 You can watch a short Nowness documentary on his studio and residence here. Read the whole article here.

Check out other journal posts here!