A Star Studded and Sustainable Farmhouse 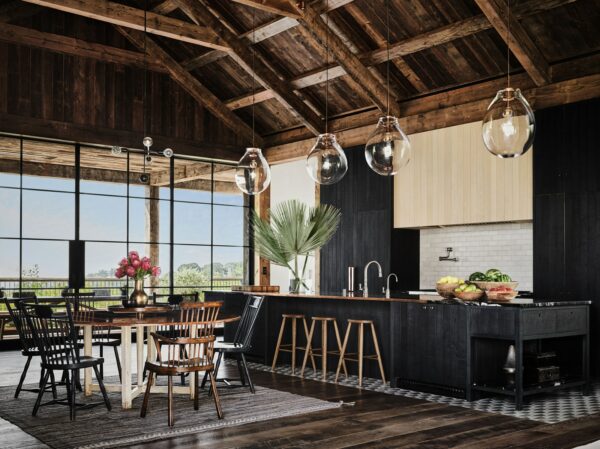 Celebrity couple and entrepreneurs Ashton Kutcher and Mila Kunis recently finished their dream Los Angeles home. Tucked away on a hilltop, they named the farmhouse “Ku Ku Farms” after the couple used the property to grow corn during the lockdown. The sprawling French Neoclassical mansion originally designed by architect Sumner Spaulding in the early 1930s was renovated by the legendary designer Henri Samuel in the 1980s. And now, Kunis and Kutcher take a modern approach to the lovely frame. 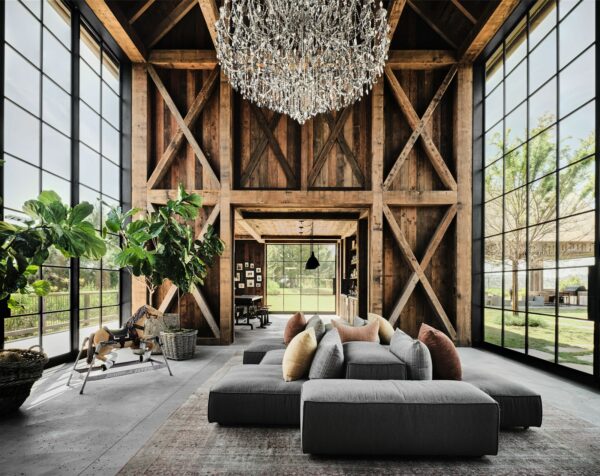 First, the design-obsessed duo launched their five-year farmhouse adventure by assembling independent Pinterest boards to flesh out their personal visions for the project. “When we looked at each other’s boards, 90 percent of the images we selected were the same, and most of the houses we pinned were designed by Howard,” Kutcher recalls, referring to architect Howard Backen of the AD100 firm Backen & Gillam Architects. 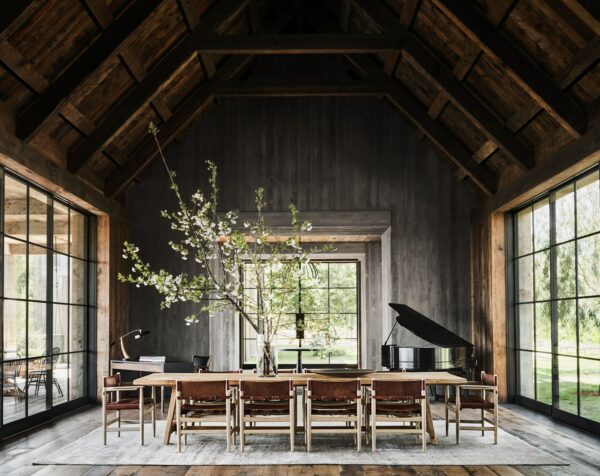 Backen, of course, a master of the so-called modern farmhouse, renowned for his ability to coax a sense of poetry and a bright, contemporary spirit from distilled vernacular forms and rustic materials. The Kutcher/Kunis residence is a testament to his alchemical handling of reclaimed wood, board-form concrete, and glass. Additionally, photovoltaics power the entire house, concealed from view above the expansive porch that stretches along one side of the main structure. Making this 6-acre property entirely sustainable. 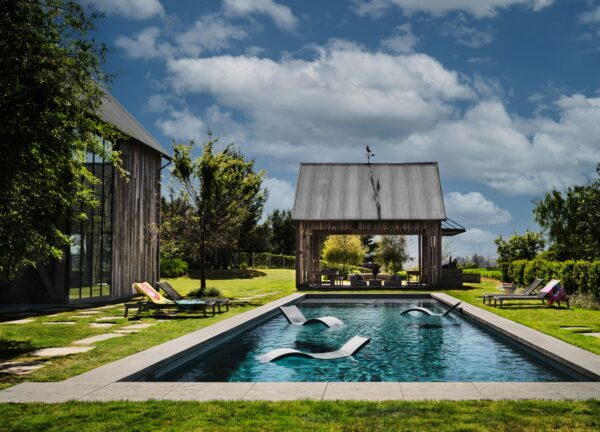 For interior design, the couple turned to Vicky Charles of Charles & Co., who joined the project just as she was exiting her post as global head of design for Soho House. “Over time, the design moved away from a traditional farmhouse aesthetic to something more contemporary. Wrought-iron chandeliers and big chesterfields were the wrong clothes for this body,” Charles recalls. 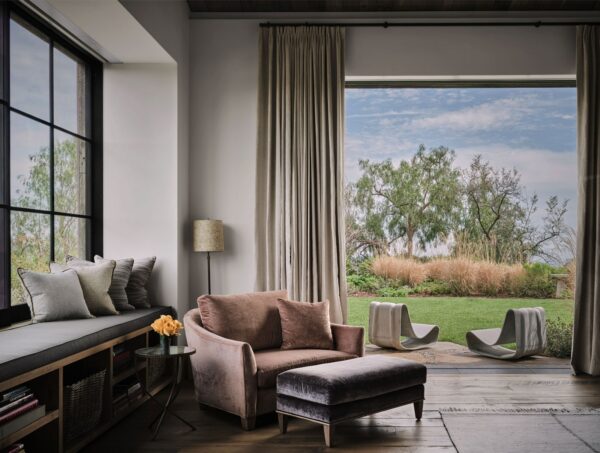 In addition to new, crisply tailored tables and plush, super-comfortable seating, Charles incorporated elements from her clients’ previous homes. Notably, a set of custom silver throne chairs and an extravagant 10-foot-long crystal chandelier. Objects that that seemed completely opposite of the farmhouse architecture’s humble forms and timeworn materials. 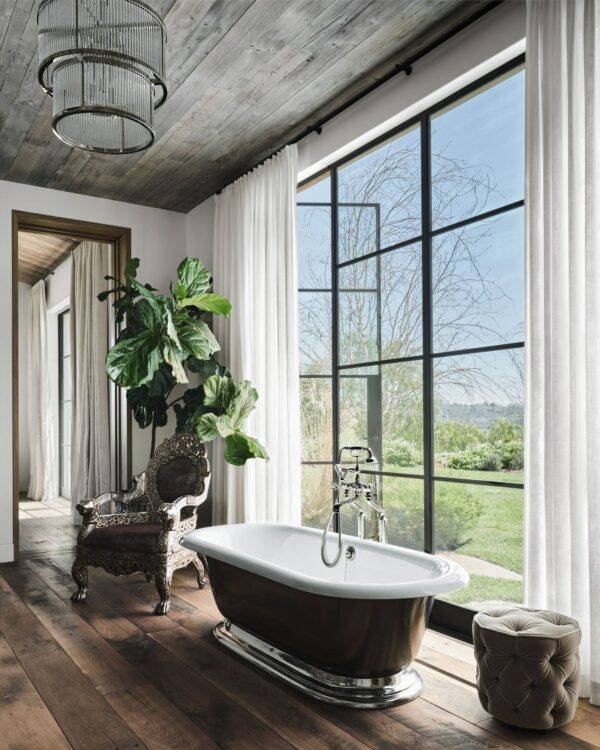 Ultimately she placed a pair of chairs in the primary bath and installed the chandelier in the towering entertainment pavilion. “We thought it would be funny to have this incredibly opulent thing hanging in a barn. It kind of takes the piss out of the property,” Kunis says. 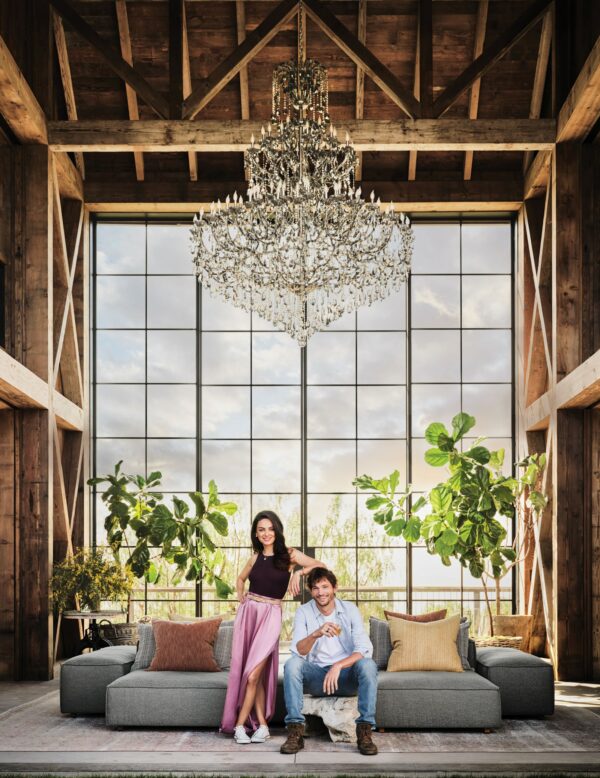