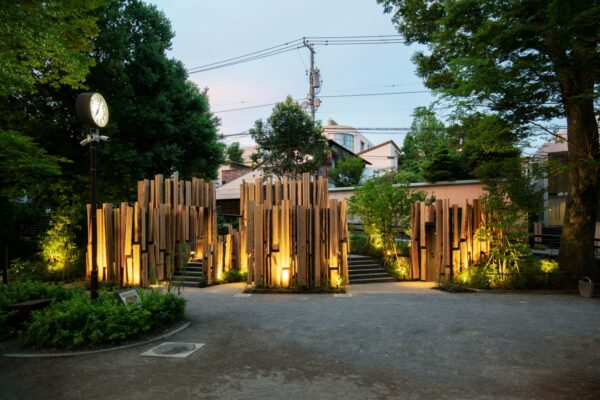 As part of the Tokyo Toilet, 16 artists, designers, and architects were tasked with redesigning 17 public restrooms throughout Tokyo’s chic Shibuya district. A collaboration between local officials and the Nippon Foundation, the project reimagines an unpleasant necessity as an inviting interaction with modern design. Eleven facilities—including ones designed by architects Tadao Ando, Masamichi Katayama of Wonderwall, Shigeru Ban, Takenosuke Sakakura, Fumihiko Maki, and Kengo Kuma—are already open, with the remaining six due by next spring, according to the Nippon Foundation.

The toilets were part of Tokyo’s beautification efforts before the Summer Olympics. In fact “Toilet Park” in Nabeshima Shoto Park was developed by architect Kengo Kuma, who designed the new National Stadium, the main venue for the Games. 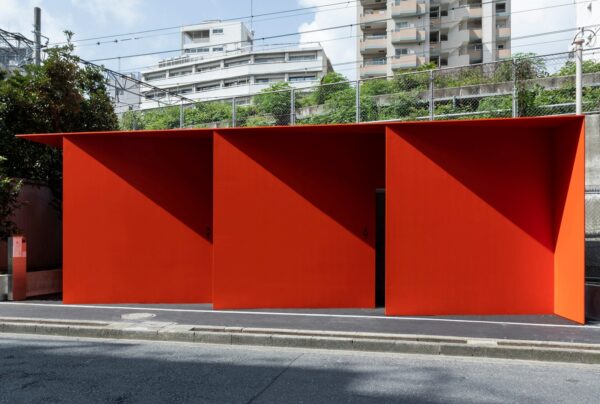 Unveiled in June, Kuma’s Tokyo Toilet Park is composed of five huts linked by a garden path “that creates a line of flow,” Kuma said in a statement, “with the hope of offering a total experience that encompasses the surrounding environment as well as the structures.”

Though all five units are covered with cedar slats installed at random angles, each has a different interior focused on a different need—including child care, personal grooming, and wheelchair accessibility.

“Unlike conventional public toilets, these are unique in that they can be used by a diverse range of people,” Kuma said. He chose Nabeshima Shoto, he said, “because it has the lushest greenery and I thought I would be able to dispel the conventional image of public toilets.” 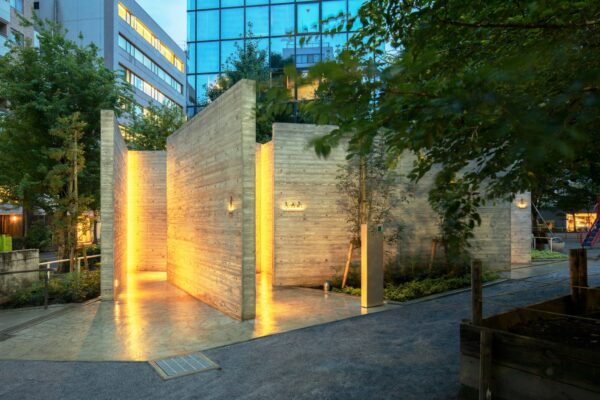 Pritzker-winner Tadao Ando is better known for his concrete structures, but he took inspiration for his lavatory in Jingu-Dori Park from azumaya, the traditional summer pavilion found in formal Japanese gardens. The cylindrical structure has a pronounced overhang to protect visitors from the elements—in fact, Ando named his Tokyo toilet Amayadori, Japanese for “taking shelter from the rain.”

Keep up with the Olympics and watch streams here.