If there is any certain path to success or happiness, I think we sort of already know the way. The real difficulty is just to listen. 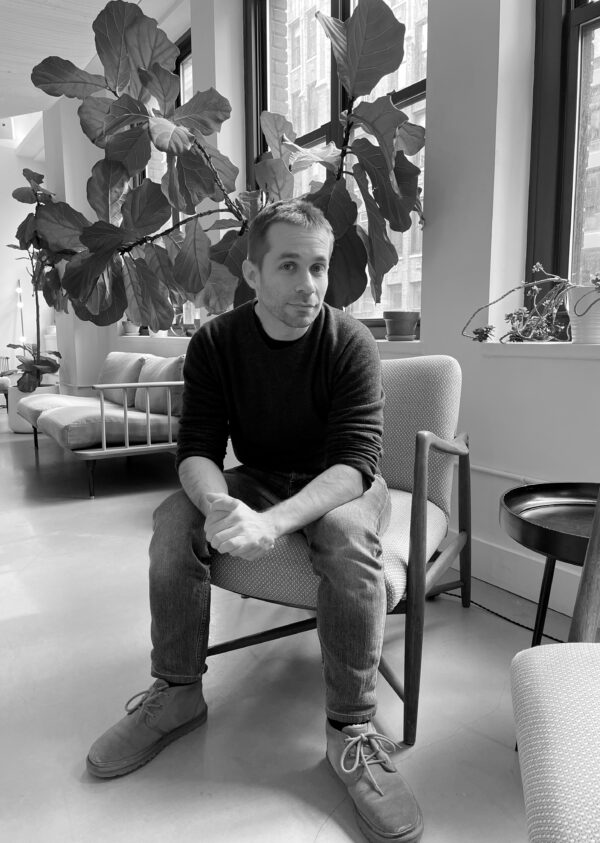 Tal Lazar is an accomplished cinematographer, producer, and educator, currently serving on the faculty of Columbia University and the City University of New York. Lazar’s two decades of experience as a filmmaker, as well as teaching for institutions such as the American Film Institute Conservatory and Berklee College of Music, give him a unique perspective in combining storytelling and teaching. His education experience spans over a decade with roots in teaching & learning development for the Israeli Defense Forces, where his teaching initiatives granted him a sign of excellence by the president of Israel in the year 2000.

We had the absolute pleasure of speaking with Lazar and learning more about Quonder, his film background, and favorite moments as an educator. Keep an eye out, you might just have seen his name or his students’ names on your favorite movies. 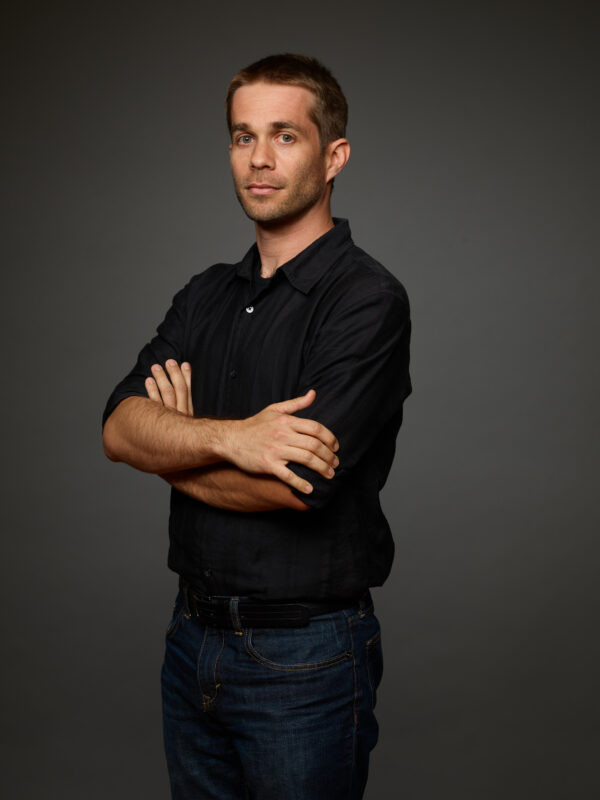 Tell us a little bit about Quonder.

Quonder is creating a new kind of online learning platform which is based on what we’ve all experienced and learned in recent years. It’s all about connecting and sharing knowledge rather than being isolated and just watching videos. It is very much based on taking into account the characteristics, skills and knowledge level of the person learning, and moving away from a cookie-cutter approach which we’ve all become accustomed to at school. We started with a proof of concept at universities where I teach, launched some pilot programs last year and aim to release our first product by the end of this year. Imagine a learning ‘exchange’ in which you would be guided in making the best lesson possible from what it is you want to teach, and make it accessible to anyone within an organization or globally. That is Quonder.

What was the inspiration behind Quonder?
Honestly, Quonder was born out of frustration with our educational system and how learning and training was handled during the pandemic. How come there is a multi-billion dollar online learning industry and when the pandemic hit, we still ended up with an e-meeting tool like Zoom? How come even though science tells us that sitting in a lecture is the worst way to learn, it is still the main method of teaching in universities? And don’t get me started about the cost. After a decade teaching in higher education and experimenting, sometimes failing and sometimes succeeding, I decided to try and make a dent.

How has your background in film influenced your career?
I’ve been a filmmaker for about two decades, primarily as a cinematographer with a focus on independent movies. I would say that it has pretty much defined the way I approach anything else that I do. For example, having the ability to tell a story comes in handy when teaching. Visual communication has become such an essential part of everything now, and of course any managerial or leadership skills that I have were honed by hours and hours on set. But maybe the most important thing I’ve learned is related to the fact that making movies is done collaboratively. As an artist, that requires you to let go of what is ‘yours’ so that it can be elevated. That was very difficult for me in the beginning, but leading a start-up now I realize how important it is. 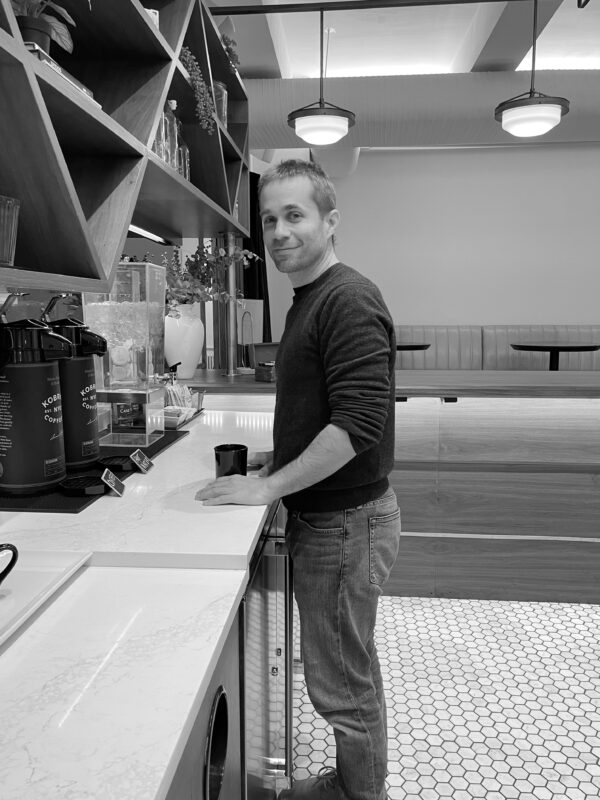 What is something you learned early in your professional life that you still use today?
I’ve learned that the most effective way for me to learn something is to teach it, and that you don’t need to know everything in order to teach something. I’ve designed classes around what I would like to know as a filmmaker and not around textbooks. I still believe that today and it informs how I design classes and products. After all, most of the information today is available online, no one needs to pay tons of money for education. Aside from a degree or certificate needed, we do this because of added value which is often overlooked, like leadership skills or networking. I put these at the center. In doing that it releases me from the weight of ‘knowing everything’ and allows me to create things which would otherwise not occur to me.

What is your favorite class to teach at Columbia University or City University?
I teach primarily graduate students but also take a semester a year with undergraduates at the City College of New York. My favorite class to teach is about the most powerful thing movies do, in my opinion. It is called Narrative Perspective and it allows the filmmaker to put the audience in the shoes of a character that is very different from them, and see the world through their eyes. Movies are a very powerful medium and when done right, can change minds. They can also be used in very bad ways, so this specific class is one of my favorites and one that I tell students is also the most important one.

What is the proudest moment of your career so far?
It’s not in vain that my main focus shifted over the years to education. I enjoy making movies, even if it means stuff like waking up at 3am and eating breakfast outside in freezing temperatures in some field. But the satisfaction I get from learning that a former student of mine achieved some degree of success is unparalleled. I only have a small part in their journeys, but they do make me very proud. With over 200 students over the years and many movies and series you’ve probably watched by now too, I generally feel like a lucky guy! 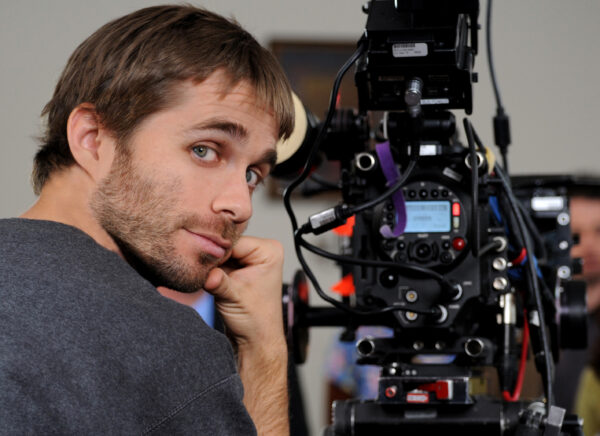 What are you passionate about outside of work?
I love to travel and try to combine it with work as much as possible. My film career has taken me all over the world. One of the favorite countries I visited is Vietnam, where I filmed several movies. I love trying out new food, and I’ll try almost anything at least once. I enjoy cooking and usually don’t stick to the recipe (I always pay a price). I enjoy learning new languages and reading books.

Favorite NYC moment?
I moved to NYC after 11 years in Los Angeles primarily because I was missing a sense of community which can exist only in a dense city. It’s a feeling I remember clearly from my home town of Tel Aviv, Israel. The moment which comes to my mind is the 7pm pots and pans clanking during the height of the pandemic, as a gratitude to health workers. That time may have brought NYC to its knees, but once a day it was a reminder that we are in this together.

What are your top three films?
Ask me for 100 best films and I’ll give you a list, but three… that’s tough! But if pressed I’ll say Moonlight, directed by Barry Jenkins, Birth, directed by Jonathan Glazer and to shamelessly mention a movie I produced and shot, Every Time I Die, directed by my friend Robi Michael.

Knowing everything you do now, what advice would you give to your younger self?
How many times have you looked back at events which did not necessarily unfold the way you wanted, and realized you sort of knew all along. My advice to myself would be to be more trusting of gut feelings and inner voice. I believe some of the best advice I ignored came from there. If there is any certain path to success or happiness, I think we sort of already know the way. The real difficulty is just to listen.

Check out our other member profiles like Tal Lazar here!